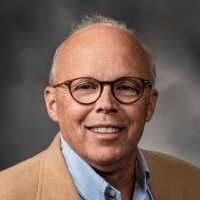 Biography
In 1994, Paul was perfecting techniques to recover DNA from fish bones recovered at archaeological sites. One day, a colleague walked into his office and asked, “If you can get DNA from fish bones, can you get DNA from the bones of Egyptian mummies?” Since then he has excavated in Egypt during 20+ seasons and is the excavation team resident biologist performing ancient DNA studies, on site forensic pathology and age/sex determination of hundreds of mummies, and anything else biology.

Research Interests
Paul’s research has centered on using DNA to study the changes that occur in families, populations and species over time. Working with international, federal, and state agencies, he has defined the genetic identity of fishes and aquatic insects throughout the world. In the course of the river related work, he has been “required” to raft through much of the white water and rapids of the western United States, including a month of rafting, collecting and yes, “working,” in the Grand Canyon.