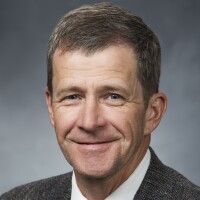 Cells of the immune system must be precisely positioned to facilitate appropriate lymphocyte function; the elegant organization of the immune system is a result of both tissue and microenvironment-specific lymphocyte homing. This homing is mediated through a multi-step process which involves the vascular expression of adhesion molecules and chemo¬kines, as well as lymphocyte expression of adhesion molecule ligands and chemokine receptors.

The goal of our laboratory is to understand how migrating white blood cells accumulate in the appropriate tissue. Our previous work has shown that the chemokine CCL28 plays an indispensable role in directing the homing of IgA secreting B cells (IgA ASC) to the lactating mammary gland. Interestingly, although CCL28 plays a vital role for IgA ASC recruitment to the lactating mammary gland this chemokine apparently plays no role in the accumulation of T cells to the same tissue. This specificity of chemokine involvement in B cell vs. T cell homing to a specific tissue is an excellent illustration of the complex and intricate nature of lymphocyte homing to mucosal tissues.

Currently our laboratory is working to understand, at the molecular level, what directs IgA ASC to different mucosal tissues. In an effort to understand differential homing within the mucosal immune system we have adopted a unique model in which we compare homing of IgA ASC within the small intestine and the lactating mammary gland. We have selected these two tissues based on the fact that they represent two extremes of homing within the mucosal immune system. Homing molecules in the small intestine are constitutively expressed and homing to the small intestine is arguably better under¬stood that any other site of IgA ASC accumulation. In contrast, homing of IgA ASC to the mammary gland is induced only upon pregnancy and lactation.