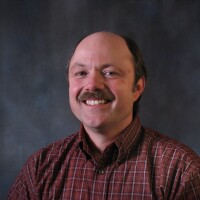 Tom Smith was born in Sandusky, Ohio in December 1955. He was raised in Indiana for most of his youth and attended Purdue University for his first year of college. During that time he became a convert to the Church of Jesus Christ of Latter-day Saints and served a mission to Tokyo, Japan (1976-1978). Upon returning Tom completed a 4 year BS degree at Brigham Young University. Seeking a MS degree at the University of Alaska - Fairbanks, Tom studied reindeer winter foraging behavior in western Alaska (1984-1987). Returning to BYU to study under Dr. Jerran Flinders Tom completed a 5 year PhD program focused on the ecology and management of mountain sheep in northeastern Utah (1986-1992). Tom was then hired by the National Park Service in southwestern Alaska where he served from 1992-2006 as a research biologist for the NPS and USGS. In 2006 Tom and his family relocated to Provo, Utah to serve on the Wildlife and Wildlands Faculty of Brigham Young University. Tom and his wife Cynthia have been married for 36 years and have 4 children.