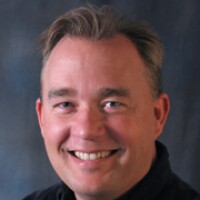 
I was born in Delta, Utah and grew up as a teenager in American Fork, Utah. I got a B.S. and M.S. degree in Botany and Plant Ecology at Brigham Young University. After graduation I worked as a plant ecologist for the Department of Defense at Dugway Proving Ground for nearly 10 years followed by several years working as a Research Scientist at Brigham Young University. During this time I finished a Doctoral degree in Restoration Ecology and then took a job working for the Southern Nevada Water Authority managing a Nature Preserve in Warm Springs, Moapa, Nevada. Currently I am a faculty member in the Department of Biology at BYU with a primary responsibility as the plant collection manager for the Stanley L. Welsh Herbarium, Monte L. Bean Museum. Naturally I like plants, but also have a fondness for insects, poultry, history, and sugar.