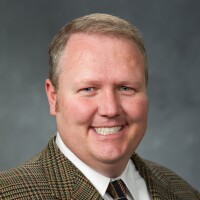 Biography
Dr. Steven M. Johnson joined the faculty of the Microbiology and Molecular Biology Department at Brigham Young University as an assistant professor in 2009, the same department from which he received his B.S. in Molecular Biology in 1994. After working for Dr. Raoul Nelson as a laboratory technician at the University of Utah’s Eccles Institute of Human Genetics from 1995 to 1997, Dr. Johnson discovered his love of teaching while pursuing a M.S. (’99) in molecular biology in the lab of Dr. Michael Breindl at San Diego State University. Having decided to stay in academia and become a professor, Dr. Johnson left San Diego for Yale where he worked with Dr. Frank Slack to earn his M.Phil. (’01) and Ph.D (’04) by studying microRNAs and discovering the regulation of the oncogene RAS by let-7 family microRNAs, providing evidence that microRNAs could act as tumor suppressors (Johnson et al, Cell 2005). In 2004, Dr. Johnson joined the lab of Dr. Andrew Fire at Stanford University School of Medicine where as a Fellow of the American Cancer Society (’05-’08) he studied the relationship between DNA sequence, nucleosome positioning, and gene expression; the same topic he and his group are currently researching in his own lab at BYU.

Research Interests
In my lab we study chromatin architecture by looking at nucleosome positioning and its relation to the underlying DNA sequence in the genome, with the goal of learning how to modulate chromatin architecture by subtly manipulating the underlying DNA sequence to regulate gene expression. We are using both in vivo (in live animals) and in vitro (in the test tube) approaches in our studies coupled with ultra-high-throughput DNA sequencing technologies. For these studies we use the nematode worm C. elegans (a common model organism for human genetics and disease). We are also using in vitro nucleosome reconstitution assays to define and test putative nucleosome attractive or repulsive sequences. These sequences can then be tested in vivo in the worm for their potential to regulate genic expression both temporally and spatially in C. elegans.

Because of the highly conserved nature of histone proteins within the domain Eukaryotae and the absolute conservation of the chemical structure of DNA between all forms of life, what we learn from these basic studies in the worm may enable us to subtly manipulate gene expression in human cells and tissues with the potential to overcome the universal problem of gene silencing which occurs with DNA-based disease treatments such as those seen in current applications of gene-therapy.