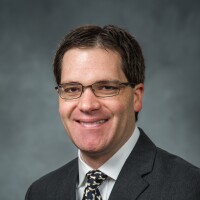 Dr. John D. Beard is an environmental and occupational epidemiologist and has been an Assistant Professor in the Department of Public Health at Brigham Young University (BYU) in Provo, UT, since 2017.

Dr. Beard was born and raised in Provo, UT, along with his three sisters. He was active in scouting and earned the Eagle Scout Award. He graduated from Provo High School in 2001 and served as an English-speaking missionary for The Church of Jesus Christ of Latter-day Saints in the Canada Vancouver Mission from 2002-2004. He is a two-time alumnus of BYU having earned a BS in Statistics in 2008 and a MPH in Public Health in 2010. He also earned a PhD in Epidemiology from the University of North Carolina at Chapel Hill in 2015.

After graduating with his PhD, Dr. Beard spent two years (2015-2017) as a Lieutenant in the Commissioned Corps of the U.S. Public Health Service. During his time in the Commissioned Corps, he was assigned to be an Epidemic Intelligence Service (EIS) Officer (essentially a field epidemiologist) and later a Research Officer at the National Institute for Occupational Safety and Health, U.S. Centers for Disease Control and Prevention, in Cincinnati, OH. Some of the highlights of Dr. Beard's time as an EIS Officer included investigating an outbreak of histoplasmosis, a fungal disease, among tunnel cleaning workers in the Dominican Republic and conducting industrial hygiene surveys of exposure to carbon nanotubes and nanofibers at five companies across the U.S. Dr. Beard previously spent six years (2009-2015) as a pre-doctoral fellow, special volunteer, and Summers of Discovery intern at the National Institute of Environmental Health Sciences, U.S. National Institutes of Health, in Research Triangle Park, NC. He also spent nine months (2009-2010) as an environmental epidemiologist at the Utah Department of Health in Salt Lake City, UT.

Dr. Beard met his wife in a BYU Singles Ward. They were married in the Provo Temple in 2008, have five children, and live in Provo. In his spare time, Dr. Beard enjoys spending time with his family, playing board games, and following sports.